Welcome to the cultural capital of Russia, «northern Venice», brainchild of Peter the Great!
Refined northern city, perfect ensembles of the world architecture, the city standing in one row with Paris, Rome, Venice… Your heart’ll not be able to remain indifferent to the charm of Saint-Petersburg!

Tour program:
0 Day. June 16
Arrival. Meeting at the airport with a company agent.
Transfer to the hotel. Accommodation

1st day. June 17
Breakfast in the hotel.
Meeting in the hotel lobby with a guide. The beginning of the excursion program. The first meetings with Petersburg should be memorable! The beauty of palaces and temples, the treasury of Russian and world art, the charm of the imperial capital — this is what you will discover in our city tour — symbols of St. Petersburg: the unique ensembles of Palace, Senate, St. Isaac’s Square, Arts Square, the Spit of Vasilyevsky Island, Marsovo pole (The Field of Mars), «strict, slender appearance» Neva-river embankments, majestic palaces and cathedrals, unique bridges and trellis, historical monuments. We will visit the objects of world cultural and architectural heritage — the Church of the Savior on Blood, St. Isaac’s Cathedral, Aurora and the Peter and Paul Fortress — the place from which the history of St. Petersburg began.

Brunch at the restaurant.
Transfer to the hotel. Rest before the evening tour.
Late in the evening we will go on a water excursion along the Parade Neva with access to the waters of the Gulf of Finland. During the excursion we will be able to admire the legendary Raising bridges, actually, this is the symbol of summer St. Petersburg! We’ll even swim under some of this bridges! And what can be more romantic than the silhouette of divorced bridges against the bright northern sky…
Transfer to the hotel.

2nd day. June 18
Breakfast in the hotel.
Meeting in the hotel lobby with a guide. Excursions to Tsarskoe Selo and Pavlovsk. The Tsarskoye Selo Museum-Reserve is an outstanding monument of world architecture and landscape art of the 18th — early 19th century. The compositional center of palaces and park ensemble — the Bolshoi Tsarskoye Selo (Catherine) Palace is a magnificent example of Russian baroque. Admire the luxury of decoration of the Great Hall and the Golden Enfilade of ceremonial rooms, among which is the world-famous Amber Room.
In Tsarskoye Selo there is one of the best creations of classicism architecture — the Alexander Palace.

Brunch at the restaurant.
Excursion to Pavlovsk. After noisy splendor, we will go to a place where you have a rest of your heart and soul. We can enjoy the beauty of one of the largest landscape parks in the world — Pavlovsky park. Visit the luxurious Pavlovsky Palace.
Return to St. Petersburg.

3th day. June 19
Breakfast in the hotel.
Meeting in the hotel lobby with a guide.
On the 4th day, the program does not slow down — we are going on an excursion to Peterhof — the capital of fountains! This is a magnificent suburban residence of the Russian kings, founded by Peter the Great in 1705 on the Gulf of Finland. Peterhof has more than a hundred fountains, therefore it is called the Russian Versailles. At the beginning of the 18th century, a road was led to Peterhof, on which plots of land for summer houses for members of the imperial family and their confidants were allocated. Some houses have survived to our days — Novoznamenka, Mikhailovka, Alexandria and the recently restored Konstantinovskaya manor.
Visit to the Monplaisir Palace and Museum of the Bath complex.

Brunch at the restaurant.
Return to St. Petersburg.

4th day. June 20
Breakfast in the hotel.
Meeting in the hotel lobby with a guide.
We invite you on an excursion to the State Hermitage Museum — the most famous museum of St. Petersburg! His collection is amazing, and the interiors of the Winter Palace, in which the museum is located, are unwittingly breathtaking.
The State Hermitage Museum in St. Petersburg is rightfully included in the TOP of the best museums in the world. There are more than 1 million works of visual and applied art, including masterpieces of Leonardo da Vinci, Rembrandt, El Greco, Picasso, Kandinsky and other art geniuses.
Transfer to the hotel.

In the evening, after dinner, we suggest you to go to the Orthodox bar, located on the main restaurant street of St. Petersburg. The bar is famous for its original cocktails, which are devoted to significant personalities of Russian art: artists, poets, writers and composers. Each cocktail is our work of art based on the classics. Pyotr Ilyich Tchaikovsky will open the evening with the heroic “Nutcracker” on buckwheat vodka and mead, for the lyrical persons will play “Sleeping Beauty” from the Russian sparkling with soothing chamomile liqueur. And the wealth of the nation, Fyodor Dostoevsky, who lived just around the corner, will begin acquaintance with his works with a glass of nutmeg moonshine with elderberry.

5th day. June 21
Breakfast in the hotel.
Free excursion day.
In the evening, dinner in the most fashionable restaurant “Birch”, whose cuisine and atmosphere always causes a storm of positive emotions even from the most demanding public. Opened in 2018, it became the main event of the year and a place of pilgrimage for lovers of tasty food.
Transfer to the hotel.

Additionally.
In the days of this tour in the city will be a grand show — the Grandiose enchanting event «Scarlet Sails».
An amazing story about a ship with red sails was invented by the great writer Alexander Green. It contains a powerful charge of hope and faith in the future. Even in our rational time, the story of how to do miracles with their own hands touches young hearts. You can participate in the annual celebration of graduates «Scarlet Sails», which is permeated with romance and love, energy and fun.
Millions of multi-colored lights will fly up to the sky to the sounds of a symphony orchestra, the watery surface will plunge into a milky haze, and the Trinity Bridge will become the main character of a multimedia performance. And thousands of people will hold their breath and wait for the brigantine with scarlet sails. This unique event can be observed both from the Neva embankment and from observation platforms on the roofs of nearby buildings.

6th day. June 22
Breakfast in the hotel.
Free excursion day.
Additionally.
The opportunity to visit one of the leading musical theaters in Russia and the world — the Mariinsky Theater. Or any other of the many theaters of St. Petersburg. 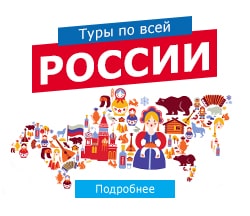 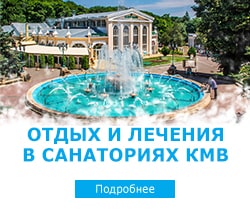